[PC] Life is Strange: Before the Storm 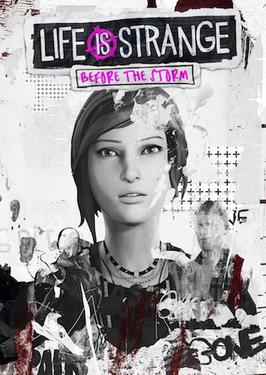 Life is Strange: Before the Storm is a prequel to 2015's Life is Strange, but instead of controlling Max, you now take control of Chloe as she meets Rachel prior to the events of the original game. If you have played the previous game, Before the Storm offers more depth to the universe created by Dontnod Entertainment and answers some questions fans had about the story, and even if the ending is obvious since it's meant to tie in with the events of Life is Strange, there are still a lot of stories and adventures to see that make it worthwhile for fans of the series.

If you haven't played the original game, Before the Storm is a great place to start and it's probably even better to play them according to the timeline as the ending won't be spoiled for you, and you'll still get to experience all the adventures of Chloe and Rachel to the fullest. The apparently quiet town of Arcadia Bay will soon unfold its secrets as Chloe and Rachel explore each new location and meet new characters, which for fans of the first game once again adds even more backstories to some characters that appear in both games.

One of the strongest selling points of the original game was its story that felt natural, as both Max and Chloe acted like actual teenagers, instead of something written just for the sake of making a game, and that same level of writing quality is also present in Before the Storm, as you get to follow Chloe as she transitions from the nerdy kid to the rebel teenager and experience the joys the come with the age such as sneaking into a concert, getting into her first fight and becoming the stoner we all fell in love with.

Unlike Max, Chloe doesn't have the ability to rewind time, but the writing, phasing and constantly changing scenarios never make the game feel like it's missing something, as the game will constantly surprise you with new locations and adventures for you to hop on, which seem like a natural fit for Chloe's adventurous personality. The problem with most episodic point and click adventures is that the gameplay mechanics become repetitive way too fast, but even if Life is Strange: Before the Storm doesn't introduce any new twist that you haven't seen in a game before, the way it's all divided in portions of dialogue, exploration and small puzzles never make the game feel like it's stuck doing the same thing for too long.

While the ending will be the same no matter what, some choices actually change small portions in the story and even if those aren't significant it does make you feel like you're in control of Chloe's destiny, as the next big leap in the plot always feels like a surprise instead of something that's just there for the sake of getting to the end. It's surprising how Deck Nine managed to do so much with such a small gap between the start of Chloe's story and the beginning of Life is Strange, and that is exactly what makes Before the Storm a well deserved entry in the franchise.

There are also numerous side activities that you can discover and take part in such as the Dungeons and Dragons style tabletop RPG that you can play in Episode 1, as well as the numerous graffiti spots that Chloe can tag, along with a few more surprises that I'd rather not spoil for you. Even with its straight forward format, Before the Storm makes Arcadia Bay feel alive as you will constantly engage in discussions with new characters and find more about the world around you and the wonderful universe created around Chloe's story.

Unlike the original game which was made in Unreal Engine 3, Before the Storm runs on the Unity engine, but even if Unity isn't known for ground-breaking visuals, considering the game's art style and continuous story format, every scene has a distinct look that adds to that whole authenticity plan as not only the main characters feel natural, but every student around Blackwell and the rest of the cast from Arcadia Bay has a unique personality that makes them an essential part of the game.

The occasional visual glitches sometimes break that immersion and the lip sync that could be done a bit better, but aside from that Before the Storm feels just as engaging and natural as the original game, making each corner of its world a joy to explore.

Ashly Burch returns as the voice of Chloe in Before the Storm, with other returning voice actors such as Nik Shriner returning as Nathan Prescott or Dani Knights as Victoria Chase and even Hannah Telle as Max in the bonus episode. The sound quality is top notch and the dialogue is exceptionally written, as the characters respond in a natural way and each scene feels memorable in its own way.

For players of the original Life is Strange probably among the many memorable things was the soundtrack, which reaches the same level in Before the Storm, with songs that always cause shivers during intense plot moments and relaxation during calm moments such as a ride on the train alongside Rachel.

All the three episodes that make up the full game can be finished in around 8 hours, with the ability to replay them afterwards in order to tag all graffiti locations, and then there's the bonus episode. I finished the game when episode 3 came out late last year, but I intentionally waited for the release of the bonus episode exclusive to the Deluxe Edition before writing my review.

In today's market filled with microtransactions and special edition bonuses limited to an item, it's so good to see that something good can come out of a Deluxe Edition. Farewell, the bonus episode, is an amazing treat for fans of the series as it takes you back to a younger Chloe and Max playing before Max's leave. This episode also adds another one hour and a half to the length of the game and I would definitely recommend it to any fan of the series looking for more. With that being said, that's all I'm going to say about the bonus episode, because it's truly a must play for yourself if you want even more backstory to the franchise.

Life is Strange: Before the Storm is an amazing follow-up to a great game and a must play for any fans of the original game, with tons of fun activities and locations, detailed backstories for the characters and the always feels-inducing attitude of Chloe. Leaving the small issues aside, Before the Storm is a great addition to the franchise and a well-deserved spin-off before Life is Strange 2.