[PS4] The Vanishing of Ethan Carter 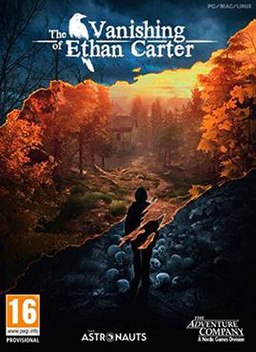 The Vanishing of Ethan Carter is one of the best narrative experiences of the year, one that you truly feel as an authentic part of, as there are no tips or hints to help you with the story, and the order in which you choose to explore its vast environment and solve the puzzles is entirely up to you. That lack of any hints is what might make some people give up on this game, because even with all the freedom of exploration and great landscapes, some puzzles are not that obvious and just finding the location in which that puzzle is supposed to be can take time and make you cross the bridge to the opposite end of the map only to realize there is nothing unsolved there and make you go back in circles.

Giving up on this game that easily would certainly be a mistake, because once you locate the places of interest for you, finding the solutions to all the puzzles and seeing the story unfold as you move on from one puzzle to the next is a very satisfying experience. You play as a detective who came to the vast forests and hills of Wisconsin to solve the mystery behind Ethan Carter's disappearance, and seeing the entire story that took place before your arrival unfold in your head as you progress forward and find out more about the cast of characters and their actions is what makes this game such a memorable experience. The entire game is wrapped around mystery and the cast of characters is not exempted from that either, as you will slowly find out what role each character has in Ethan's story and how are they related, piecing it all together in your head as you progress forward before it is all revealed to you once you solve the final puzzle.

Just like in many other puzzle games, the most important gameplay mechanic in the Vanishing of Ethan Carter is your brain and your capacity to piece together elements and find logical solutions based on the items you have. The in-game mechanics are simplistic, as you will only need to walk and occasionally interact with an object, but even with all that being said, the game throws enough puzzles at you to make it feel distinct from one-another, as you will have to try a different approach with each one of them and since the game doesn't give you any tips on where to start, finding out the solution is entirely up to you.

One of the most interesting concepts is solving the crime scene, as once you have discovered all the elements around the scene, a number of visions will be scattered across the scene as blue bubbles and it is up to you to arrange them in the correct order to recreate the crime-scene and see what really happened there. Even with all the puzzles that will keep you around the scene for a couple of minutes each, depending on their complexity and your ability to solve them, there is nothing else to do around the map, which is quite a disappointment since the landscape is so beautiful that it just begs to be explored in each and every corner. The only points of interests for you are the crime scenes where the puzzles are, but there is plenty of space between each one of those that is there just to admire and nothing else.

One thing is for sure, the Vanishing of Ethan Carter is one of the best-looking games you have ever seen, as the level of photo-realism is insane and the whole world around you feels real and the forests alive. The characters are realistic enough to belong in the world of Ethan Carter, but they're nowhere near the breathtaking hill sides and lake beaches. The visual effects are equally beautiful and the atmosphere that is created around each crime scene once you start piecing elements together makes it a tense, but very satisfying moment.

The voice of each one of the characters is spot-on and the dialogue is well-written, but what makes The Vanishing of Ethan Carter a story that you will remember is the voice of your character, that will narrate the story as you move forward and discover new things, a voice deep enough to stand among the likes of Morgan Freeman. During moments like crime scenes, different tunes will add atmosphere to the moment, but as you slowly move from one location to the next one, the only sounds you will hear are the sounds of nature, which are incredibly well recorded, and just standing for a second to hear the air move the leaves of the trees around you is a magical moment all by itself.

The only problem with Ethan Carter's story is that it's too short, and even for a $20 title, a 3-4 hours journey is not enough, and aside from that journey itself there is nothing else to make you come back into the game a second time, but if that time alone is enough to justify the price for you, I guarantee that each minute of those hours is quality time.

The Vanishing of Ethan Carter is a powerful story-driven experience, one that any fan of narrative-driven games should try, but keep in mind the fact that sometimes not having hints will make you run in circles. Aside from that the short journey is the only downside that might drag you away from the game, but if that is enough for you, this game is one of the best three hours you will ever spend in a video game.