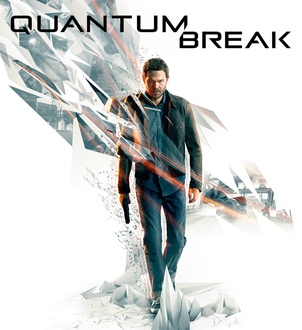 Quantum Break is primarily a story about time travel and the impact that leaves on time itself seen from both perspectives, the protagonist you mainly control Jack Joyce and his longtime friend who is portrayed as the villain, Paul Serene. Following an event introduced in the first chapter, an experiment carried out by Paul alongside Jack and based on his brother William Joyce's time machine invention goes terribly wrong as Paul refused to listen to William's advice about the time machine and turns it on without necessary precautions, leaving both Paul and Jack with time controlling superpowers and time itself with a giant ripple threatening to put an end to time and the world. Following that event Paul and Jack will both emerge on a quest to resolve the problem, although they have different views on what the solution is, which is why Paul funds Monarch Solutions, a corporation fixated on mastering time technology and preparing for the inevitable end of time, while Jack remains confident in his brother's invention, looking up his past in order to find a solution to fix the time ripple while Paul tries to stop him.

The game is divided into three different types of experiences, the first one being the actual game where you get to play as Jack in his quest to fix time following the accident, the second one being the Junctions where you get to control Paul Serene for a limited time and take one of two paths which will affect the story moving forward and the third one being the TV show which is integrated after each junction, having four episodes in total spaced throughout the game. Considering the focus on those Junctions the differences between choices are minor, there is only one ending and depending on your choices some things will be changed in both the show as well as the main game. In the show some scenes will be switched up depending on your choice, while most of the episode remains the same, while in the game dialogue, events and some news that you see around you will be adapted to reflect your choices. Playing the game a second time I expected those junctions to have more impact on the game and lead to new locations and characters, but sadly those moments that have been changed were not enough to justify a second playthrough, especially since it all ends up with the same conclusion regardless.

While Jack Joyce and Paul Serene are the main characters of this story, side characters will gradually be introduced into the story and this is where the show comes in, giving them a personality and showcasing more about each character's background and motivation. Speaking of the show, you might think having to watch a TV show episode in the middle of your game in order to continue is weird, but once you get into the story and understand the plot they were trying to converge here it kind of makes sense because the point of the show isn't to replace cutscenes that could've been included in the game, instead it focuses on expanding the base story to a point where you can understand how the beef between Jack and Paul and the end of time is affecting normal people and how some characters might react to finding out the world is ending. You could understand the main points of the story even without watching the show, but I highly recommend you do, because the episodes are only around 25 minutes long and they each pack quite a lot in that run time, helping you understand the plot better and shining the light on some moments that work better as real time action than they ever would've as just cutscenes. While I'm not a TV show reviewer I can tell you that I enjoyed those four episodes more than I thought I would and the only downside to the whole integrated show deal is that those episodes are not part of the game, instead they will be streamed to you from Remedy's servers, causing potential interruption for some people, although I've never had this issue on my wired internet connection.

The parts where you get to control Jack Joyce are the only meaningful gameplay moments from all aspects including combat and puzzles, but where exploration and puzzle moments are glanced over, combat actually has a lot of depth and interesting time powers to play around with. Time Vision is the most basic one, serving as Quatum Break's version of the Eagle Vision, highlighting important objects in the environment, as well as enemies, while Time Shield allows you to spawn a shield around you for a couple of seconds, blocking incoming fire and protecting Jack against enemy attacks. The other four remaining powers are Time Blast, which works as a grenade with cooler effects, Time Dodge which allows you to quickly teleport further in the blink of an eye, Time Rush which stops time, giving you the ability to move and get behind enemies while they're frozen in time and the most widely used ability in a combat sense, Time Stop which gives you the ability to stop time in a small area freezing an enemy for a few seconds or opening up the opportunity for you to shoot a full clip of bullets at an enemy, allowing all of them to hit at the same time when the ability effect is over.

Gun play is pretty basic and straight forward, there are only a few weapons divided into Pistols, SMGs, Assault Rifles and Shotguns, but since gunplay isn't the main gameplay mechanic those suffice doing the job, however there are no throwables since Time Blast is supposed to work as a grenade. Guns alone will not be able to handle the heat though and Quantum Break wants you to use your abilities as much as possible and more so, combining them with weapon shots in order to achieve the desired firepower, and considering how many different combinations you have at your disposal it's a shame the difficulty levels don't pose a challenge for most times. If you have been playing third person shooters for some time in your life, the Easy and Normal difficulty levels are basically a cake walk, but even the Hard difficulty level isn't that hard for most parts and there's a lot of inequality in difficulty; on this level most encounters are only a bit harder than what they are on the Normal level which isn't much, but for some reason there are moments like the final showdown where it gets ridiculously more challenging because they decided that one boss skill will one hit kill you.

Aside from combat you have exploration sections, where you find out how your decisions have affected some parts of the story from different sources like documentation or TV news and on top of that there are the puzzle sections which require you to use a time power that you normally don't have outside those sections in order to manipulate the timeline of an object, rebuilding destroyed walls for a few seconds in order to climb them for example. Even though it's not a long game to begin with, one thing that Quantum Break does right is always moving the needle further, never forcing you to backtrack or replay sections and always introducing you to new sceneries and locations.

The game looks absolutely stunning despite being a few years old at this point, especially in 4K and considering its graphical quality it runs incredibly smooth too, even on medium to lower specs. The star of the show here however is the motion capture used to bring the actors to life in game, as not only are they providing their voices for the characters, but their entire acting capabilities and for a story with so much emotional and logical impact, conveying the feelings of the characters to the player is really important, something that Quantum Break does superbly. On the side of visual effects, the many time powers have various effects that display really well in game, distorting the view when inside the Time Shield and being able to literally see bullets as they fly while using Time Rush are just some of the amazing things you will get to see in this game.

The cast of actors picked for the roles fit the characters really well and do a tremendous job portraying their characters and the emotions going through them at the most tense moments in the story. Shawn Ashmore takes on the role of Jack Joyce, while Aidan Gillen is portraying the villain Paul Serene and his performance is by far one of the best I've seen in recent times, really making you believe Paul's side of the story despite fighting against it and giving his character a personality and a motive, especially since you'll get to play as him for a few moments during those Junction sections. Joining the cast of side characters are names are Lance Reddick in the role of Martin Hatch, Dominic Monaghan as William Joyce and Courtney Hope as Beth Wilder just to name a few, all of which are well known movies and TV shows actors with years of experience behind their backs.

It takes around 10 hours to reach the end credits with the TV show included and while taking different decisions during those Junction sections will change some parts of the story, the ending will remain the same so replaying the game a second time is not something that everyone might want to do, but if you are into collecting everything some collectibles are locked behind a specific junction scenario so if you want to earn all the achievements, replaying the game a second time is something you must do. Aside from that you have the TV show which also changes a few scenes depending on your choices, but not enough to justify watching the whole thing again.

Quantum Break is a game where story comes first and fun gameplay comes second, but the gameplay is often stopped by slower exploration sections or the end of the chapter when the TV show comes in and considering the game's limited run time I wished there was more combat especially since those time powers are so fun to use, but if time travel seems like a topic of interest to you, you should play this game for the story alone. The game has in many ways a little bit of everything, but not enough of anything as even the story satisfying as it is, leaves the doors wide open for a sequel.